Notice regarding Guidance for approval Covid-19 vaccine in India for restricted use in emergency situation which are already approved for restricted use by US FDA EMA, UK MHRA, PMDA Japan or which are listed in WHO Emergency use listing 15th April,2021 DCGI Message 202101 Jan 2021 For Medical devices which are under voluntary registrations, the file number generated is the registration number of firm. E-GOV cell at CDSCO CDSCO,HQ accredited with Quality Management Systems IS/ISO 9001:2015 by BIS

1.Regulatory control over the import of drugs, approval of new drugs and clinical trials, meetings of Drugs Consultative Committee (DCC) and Drugs Technical Advisory Board (DTAB), approval of certain licenses as Central License Approving Authority is exercised by the CDSCO headquarters. 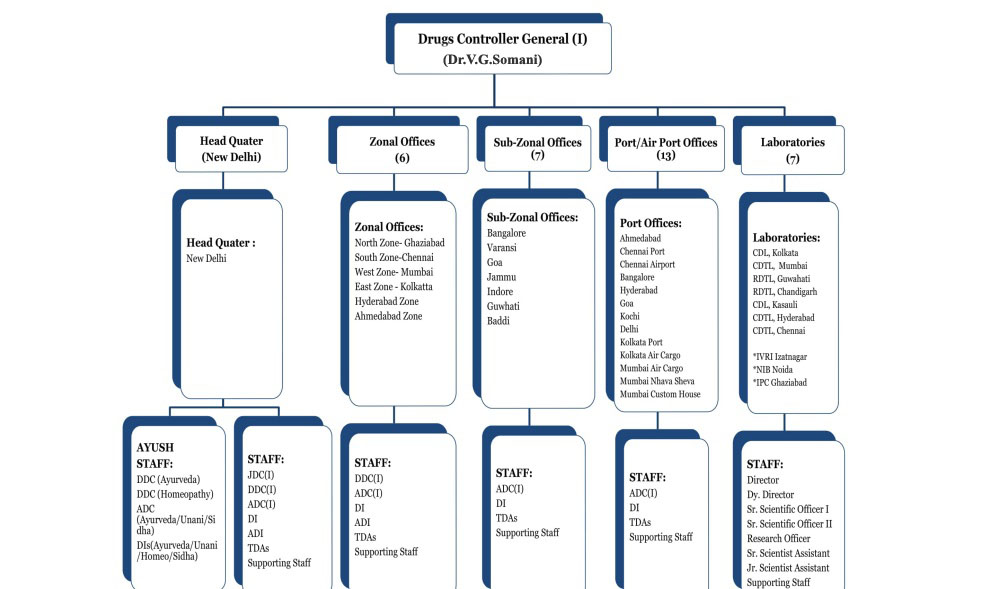